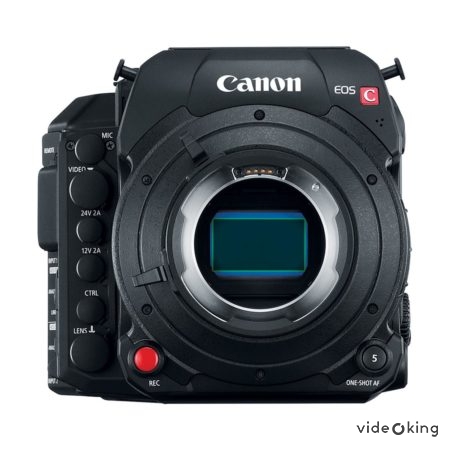 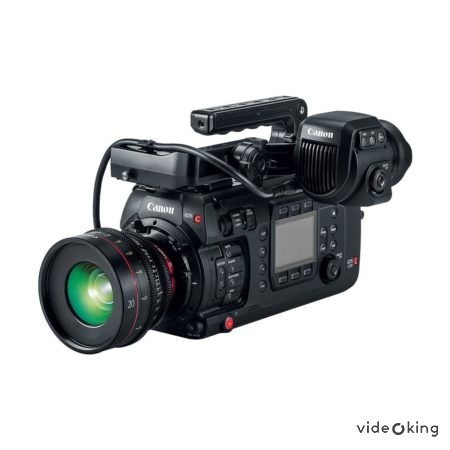 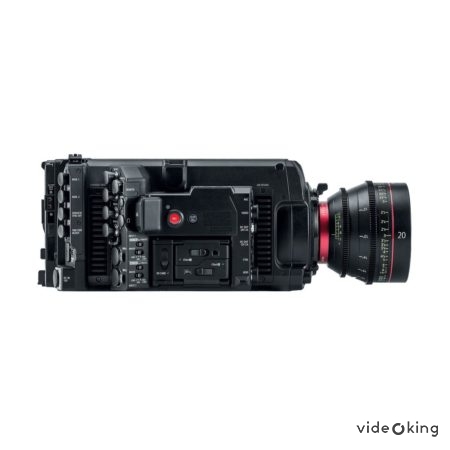 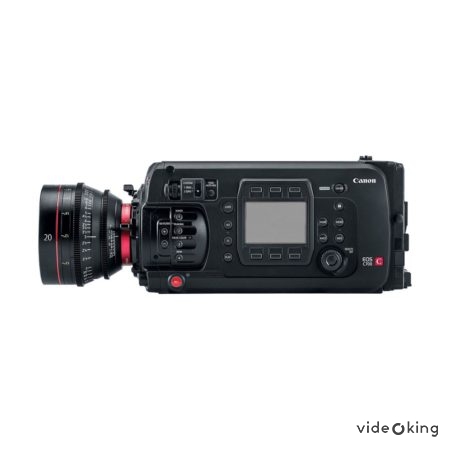 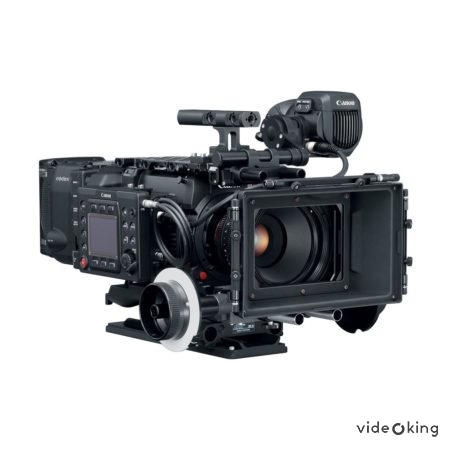 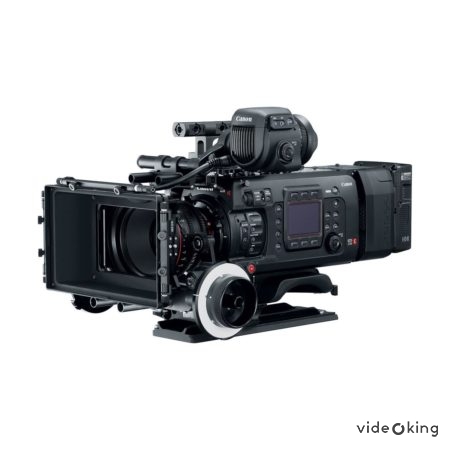 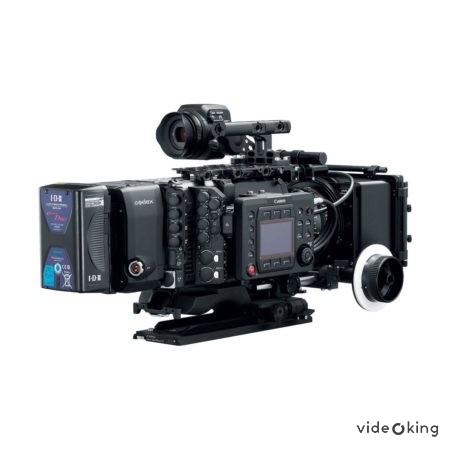 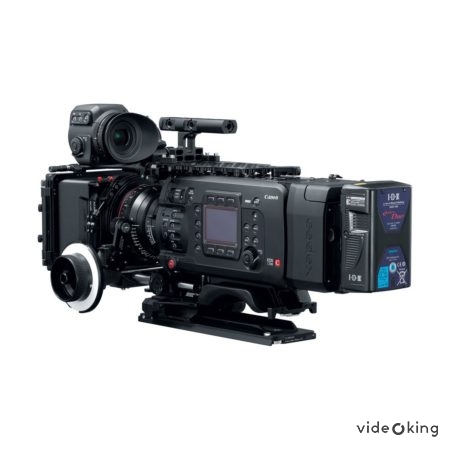 This Canon EOS C700 Full-Frame Cinema Camera features a full-frame sensor that allows you to capture images with up to 5.9K resolution. This version of the EOS C700 FF Digital Cinema Camera comes with Canon’s EF lens mount with a positive-locking mechanism, minimizing play found in traditional spring-loaded, bayonet-style mounts. With a physical resolution exceeding that of DCI 4K and a dynamic range of approximately 15 stops, the EOS C700 FF Digital Cinema Camera is ready for today’s 4K and HDR productions. The full-frame sensor and triple DIGIC DV 5 image processors enables full-frame capture at 30p and 4K cropped capture at up to 72 fps to the CFast 2.0 card slots using the XF-AVC codec. Both relay and simultaneous recording is possible, and you can even record in ProRes on one CFast card, while simultaneously recording to XF-AVC on another CFast card. Raw recording is also possible in full frame at up to 60 fps, 4K Super35 crop up to 72 fps, and 2K Super16 crop up to 168 fps using an optional clip-on Codex Digital Recorder.

While the EOS C700 FF Digital Cinema Camera is a fairly advanced piece of equipment, Canon has implemented a familiar user interface. Most basic functions can be accessed through the six buttons surrounding the screen. More advanced settings can be found using the simple selection dial and set buttons. I/O options for nearly any application can be found on the camera’s side panel. Video, audio, control, and power inputs and outputs are available for implementations ranging from ENG-style run-and-gun to high-budget cinema productions. The camera supports ACES, and features selectable gamma and log shooting modes. While the camera is a production powerhouse all on its own, its modular design lets the user customize the form factor to fit their use case. The rectangular body has enough real estate to be shoulder-mounted for handheld shooting or secured to a dovetail on professional grip equipment with ease.