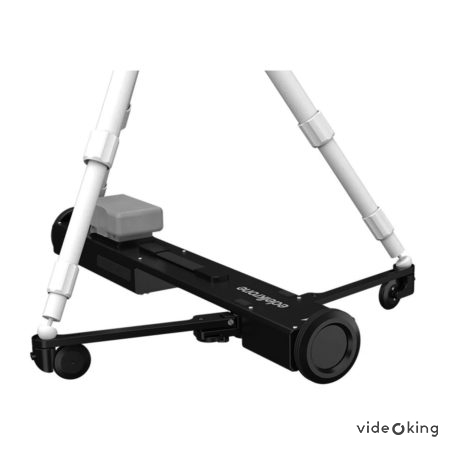 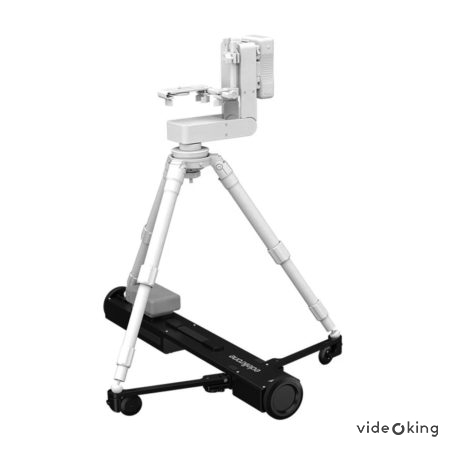 Linear virtual track
DollyPLUS provides straight slides by default. You can either use it for regular slide motion or dolly in/out shots. You can easily select several points on the straight line and make DollyPLUS slide to any of those points. You can also put DollyPLUS in a loop between any of the two points.

Curved virtual track (360°)
DollyPLUS will create a circular path around any target you choose. The easy path creation wizard will let you create the desired curved track easily. No measuring tools required. You can later select several points on the curved path and make DollyPLUS go to any of them for amazing parallax shots. You can also put it in a loop between any two points for interview shots.

Connects wirelessly to HeadONE and HeadPLUS
Having a motorized head on DollyPLUS opens the door to amazing 4- or 5-axis camera motions which can be easily programmed. You can record never-before-seen, amazing motion time-lapses and real-time shots with these combinations.

Super easy time-lapse programming
Setting up a motion time-lapse is the easiest with edelkrone App. In your time-lapse videos, you can have a simple transition between two keyposes or you can convert a recorded complex camera motion into a time-lapse with a single button. You can use edelkrone’s unique Dynamic Interval and Dynamic Step Size Technologies to introduce never-before-seen efects to your time-lapses which bend the speed of time and speed of camera motion independently of each other.

Single App to control all
edelkrone App cleverly scans the available devices in its surroundings and pairs with them automatically, giving you a single screen to control all devices together.

The interface is extremely simple.

Use the controls on the top part of the App screen to set the pose of your camera. Press and hold on any of the keypose buttons to record that pose. Use the same button to recall that pose. It’s that simple. Press 2 keyposes to put the system in loop between both keyposes.

You can adjust the speed and acceleration of the transition between keyposes. Or, you can easily create time-lapse videos by using the same keyposes.