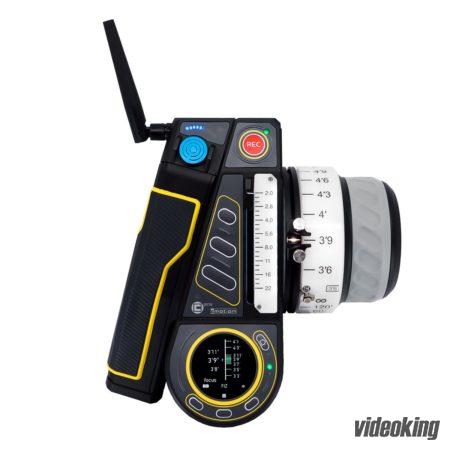 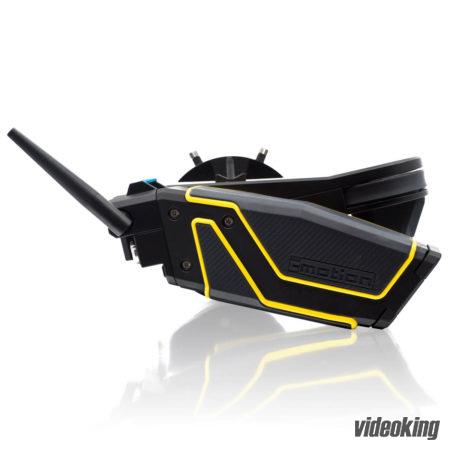 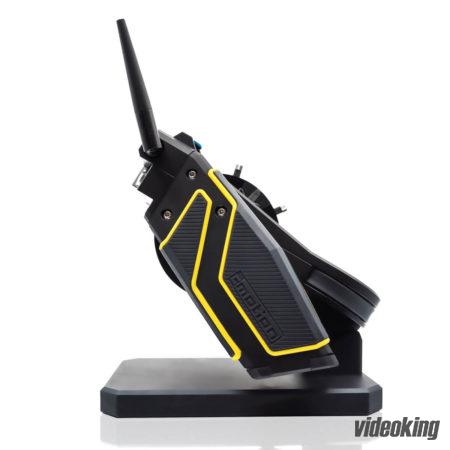 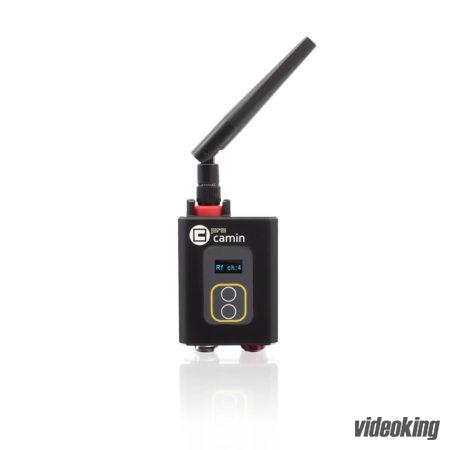 Ready to use kits consist of an ergonomic and intuitive cPRO hand unit paired with either a cPRO motor or cPRO camin, all equipped with the latest cmotion RF module. The LBUS interface not only allows the system to be expanded by simply connecting cforce mini / cforce plus motors for up to 3 axis control, but also accessories such as cmotion’s cfinder III to enable fast pinpoint autofocus.

cPRO Hand Unit
The cPRO hand unit is a feature packed work horse offering ultimate control in a balanced and ergonomic design. Introducing innovative features inspired by the focus puller community, cPRO supports the needs of the most demanding focus puller.
Not only have cmotion re-designed the focus knob with a non-slip concave fingertip moulding, the mechanical hard stops and unique “PANIC” button allows the focus puller to overrule mechanical hard stops on the fly. So, whether shooting slate or following a subject that misses their mark, with cPRO, limits don’t need to be limiting!
The intuitive thumb wheel positioned beneath the touch display provides quick and easy access to the cPRO’s extensive menu settings even while wearing gloves. In addition, the thumb wheel can be assigned as a fully functional 4th axis controller.
The illuminated marker ring, marker strip, user buttons and a zoom position LED display ensures cPRO provides clear information and feedback in any shooting environment. Whether using existing accessories including the cstrap or cspider, or specially developed accessories such as the perfectly balanced monitor bracket and quick release v-lock mount, the cPRO hand unit creates a new era in focus pulling.

cPRO Carmin
As an alternative to the cPRO motor set, and for customers with existing cforce motors, cmotion offer a cPRO camin set.
This kit includes the smallest wireless motor box ever developed by cmotion. Using the LBUS interface, up to 3 cforce motors (mini or plus) can be connected to the camin to create a full 3 axis system for use with the cPRO hand unit. And, the new CAM connector provides a versatile interface for power supply, run/stop control, *camera feedback, *tally and **camera control for popular cameras including ARRI, RED, SONY, CANON, BLACKMAGIC and PANAVISION.
Through RED’s open protocol, the cPRO camin kit (with optional cable) can even control the internal focus and iris scales on EF lenses for an ultra-lightweight configuration (e.g. for drone and gimbal applications).