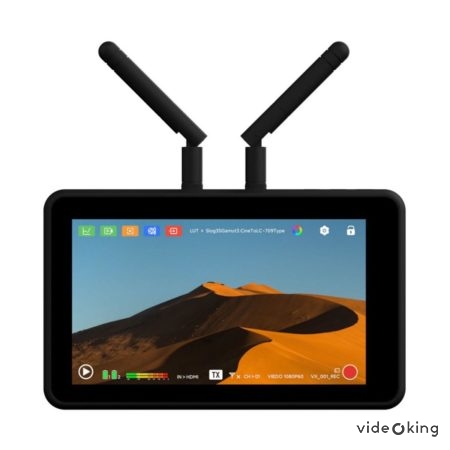 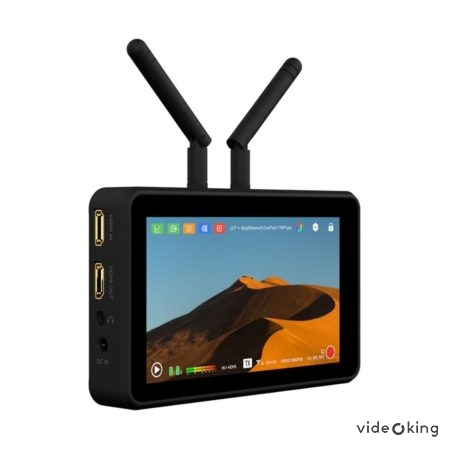 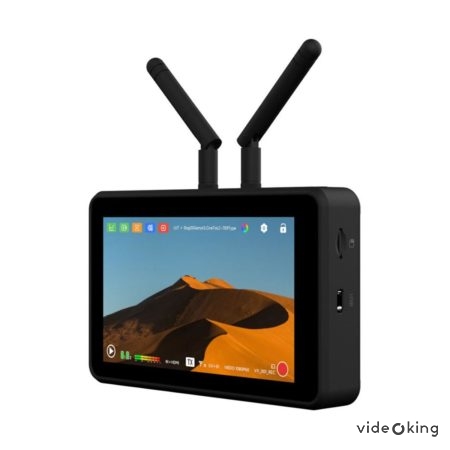 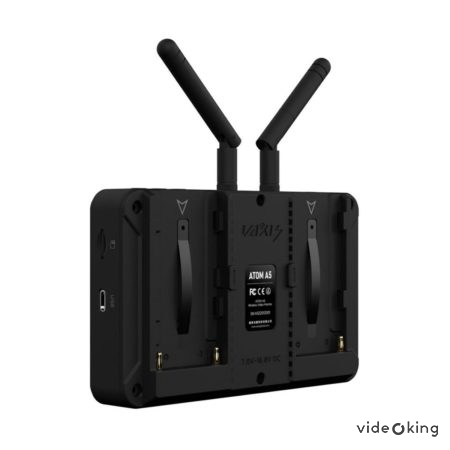 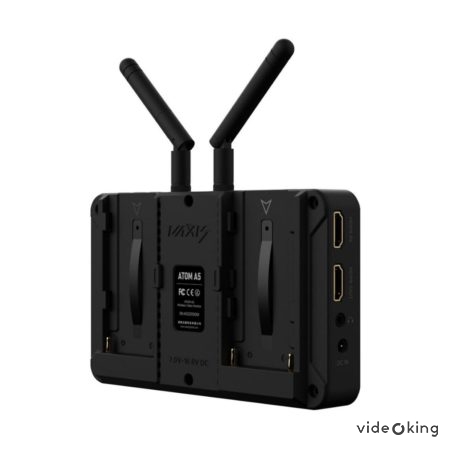 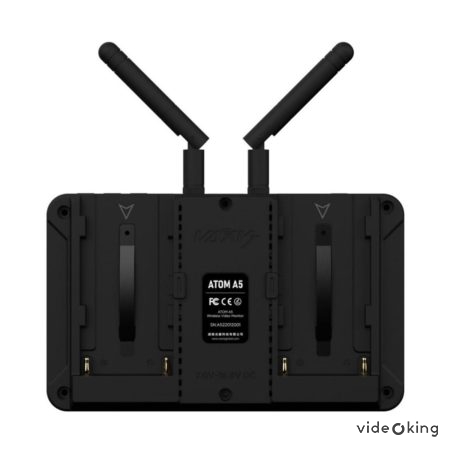 The monitor supports up to 1080p60 video input via its HDMI input, and it features an HDMI loop output to send video to an external display. It also allows you to record your program as an MP4 proxy using the built-in microSD/TF card slot. Multiple imaging tools are available using the built-in CINE OS software, including scopes, peaking, and storage of up to 50 3D LUTs on the monitor.

Input/Output
The Atom A5 features HDMI input and HDMI loop output, as well as a 3.5mm headphone output

Wirelessly Transmit and Receive Video
Transmitter and receiver in one; can transmit or receive to or from multiple Atom series transmitters and receivers

Recording
Record MP4 video files onto a microSD/TF card with the built-in media slot, and the Atom A5 allows you to instantly play the footage back

Compatibility
Compatible with the Atom ecosystem, including the Atom 500 HDMI or SDI, Atom 600 KV TX, and Atom A5H

Wireless Range
Transmission distance up to 492′

Image Tools
The updated CINE OS software features multiple imaging tools such as peaking and scopes, and it supports up to 50 3D LUTs to be stored on the monitor